Come to Think of it, THIS Should Be the Indians Lineup Next Year

You know what? Screw it. I'm having second thoughts about this baseball thing. The Tribe has its formula, which is to trade high priced veterans for promising minor leaguers, mix in a few wily veterans and build up a strong bullpen. It almost worked in 2007, but most of the time it's been a total flop. So I take back my last post about what the lineup should be next year. Let's scrap the whole thing and bring in a bunch of ringers to do the job. The best thing is, this group could be had at a fraction of the price. 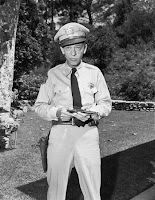 Don't let the narrow shoulders fool you, Deputy Fife can flat out play. A hard-nosed five-tool player with power to all fields, Fife prides himself on his encyclopedic knowledge of the MLB rulebook. Those bug eyes were made for hawking line drives to center.

The beloved Nixon dog is a savage competitor who will not hesitate to maul opposing players who dare to round second base.

Though hobbled by a pegleg (which doubles as a bat), Silver is a more than adequate outfielder when not swilling rum or obsessively digging holes in the outfield grass. 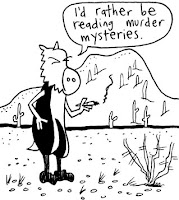 With her smoker's hack and acerbic wit, the perennial Falling Rock Babe of the Month will keep the team grounded in soul-crushing reality. 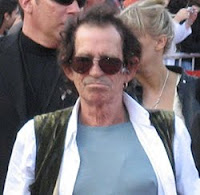 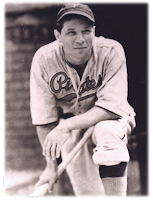 The only actual baseball player on the team, Dickshot has single greatest name in baseball history.  The rights to his nickname, Ugly, could possibly be a bone of contention between him and teammate Keith Richards.

8) 1B The Sheffield Lake Girl 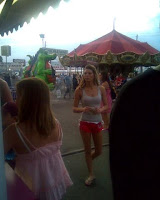 The former McBone vice presidential nominee is a Cleveland native who has captured the imagination of a city.  Her long legs and short shorts will no doubt draw legions of slobbering men through the turnstiles 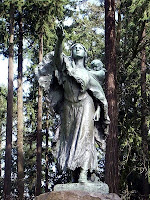 When Sacagawea proudly doffs her Chief Wahoo cap for the first time, it will finally silence the endless liberal whining that each summer tries to darken the skies over Jacob's Field.

The most versatile player on the team, Man-E-Faces can change from man to robot to monster quicker than you can say Jack(ie) Robinson.  He's also nifty with a glove, bat and photon blaster.

Wish I could get season tickets next year.

Pam is thrilled, by the way. She was a college lacrosse player, but she thought any chance at major league sports had long since disappeared.

I'm sure Pam can score you a pair of box seats, seeing as you created her and all.

Her prime years are still ahead of her, in spite of her age, health and philosophical outlook on life.

The White Sox will offer you Scott Linebrink AND Octavio Dotel right now for the rights (contractual, not prima noctes) to the Lake Sheffield girl.

Take the deal. I beg you.

Excuse me? Linebrink and Dotel for the Sheffield Lake Girl? Cleveland's single greatest asset? Your offer is an insult, sir. I spit in your eye.

But it is hard to still be a Tribe fan, which I always will be. I can say it is nice to be living in a city that is contending for a wildcard spot, though.

And I must say I am incredibly honored to be named the Hero of the Month! I've already updated my resume to include the accolade. Strangely enough, I was also named Employee of the Month at work this month. But I definitely hold the McBone bestowal with higher honor.

If we can be a Tribe fan from roughly 1975 through 1994, we can endure any amount of ineptitude.