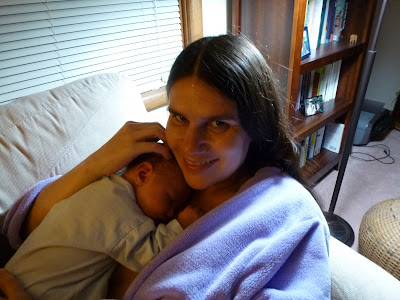 nwb
Posted by BillBow Baggins at 9:14 AM 1 comments

So I'm just sitting there on the sofa with the kiddo and wife watching the birds do their feeding thing when I spied a gray squirrel humping another gray squirrel right in the middle of the yard.  I thought, Well now that's a fine display, ladies and gentlemen.  I mean, after all there are children here.  Then, just as I was charging outside to break up the party, they went and pulled the old switcheroo on me. Suddenly, the squirrel on the receiving end started humping the humper.  I paused and found myself wondering if this was a choice, or were they born that way?  And what do various religions have to say about gay squirrels? And are there any squirrel sodomy laws on the books that I'm unaware of?

Male, female, gay, straight--whatever the case, they have this whole great big private oak tree they could be using.

More than a mere father, I am a fortune-teller of sorts, a clairvoyant, a soothsayer, a prophet.  As such, I offer you a brief glimpse into your future: 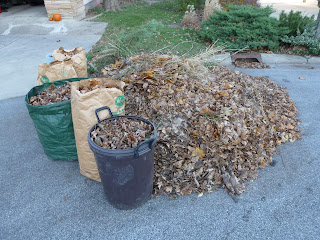 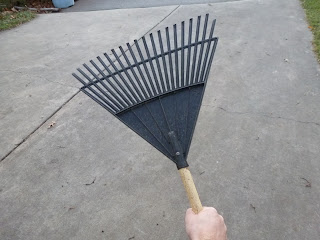 Enjoy this grace period while it lasts.  Training begins in four years.

'It is,' as one father famously said to his son, 'your destiny.'

My sometimes-popular wife is pregnant no longer. From her bountiful womb has sprung the composite of sperm n' eggs and 2.3 million years of evolution:

The name William Miguel was not suddenly struck upon.  Years of planning lay behind this moniker:

William: my paternal grandfather, Firestone chemist who made wine, drank martinis, listened to Jelly Roll Morton and was my hero.

Vilhelm: wife's maternal grandfather.  Danish-born engineer, inventor and lover of life.  Immigrated to Venezuela in the 1930s and fell for one of the locals.

Michael: my father, affectionately called 'Miguel' by his father.

The plan was an all-natural, surgery-free birth.  Nine months of preparations brought her fully contracting to our beautiful birthing suite at the new Clarian hospital in Lafayette.  The birthing pool awaited us, as did our midwife.  Grandparents were on hand.  So was Doula.  We were ready.

All was going as scripted, until she stepped into the pool and the time came to push.  Though she pushed with all her might, the kid would simply not come through the chute. The midwife determined that he was turned the wrong way, and a sliver of cervix would not dilate.

Measures were taken: different birthing positions.  Pitocin to ramp up the contractions and get the kid turned.  A last resort epidural to prolong things, soften the pain, loosen things up.  The kid, stubborn in the way his mother can be stubborn, would not budge.  And why should he?  His mom had been so good to him in pregnancy, singing songs in Spanish and setting modern day records for ingestion:

Through it all, our parents kept us calm.  Doula was there to spell me, keep us hydrated, whatever we needed.  My father-in-law, the doctor, was invaluable when things got confusing and scary.  No matter what happened, he kept reminding us that the kid's heart was beating and strong.

And when, after 16 hours of labor, after attempting to birth this kid in every possible way, after enduring contraction after crippling contraction, after finally reconciling herself to the operating table and the C-section she wanted so badly not to have, when after all of this she looked up at me and said 'I'm sorry,' as if this decision represented some kind of failure on her part, that was the moment my heart was atomized, sucked into the hospital's ventilation system and scattered irretrievably in a billion particles. I must endeavor to grow a new heart worthy of this incredible woman.

She was wheeled to the OR and I outfitted with disposable scrubs.  When the time finally came, I peeked over the curtain separating me and her head from the proceedings down below.  There can be no more surreal a sight than a physician's arms deep in my wife's abdomen, groping for an unborn child.

And there is no surge of euphoria comparable to seeing a head emerge from the womb, cough up some goo and unleash that first phlegmatic howl.  Here are some early visual impressions that have stuck with me:

He cried as technicians cleaned him up, but he calmed when I said his name.  Perhaps he knew my voice from those daily, post dinner conversations we had.

The wife was sewn up and handed her child.  He took at once to the breast, feeding as greedily as he had a right to.


William Miguel is one week old today.  To this blinded parent, he is, of course, handsome, brilliant, and defect-free. 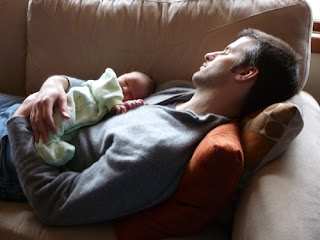 Though this is by no means a baby blog, you haven't seen the last of the McBonerito.

Email ThisBlogThis!Share to TwitterShare to FacebookShare to Pinterest
Labels: McBonerito 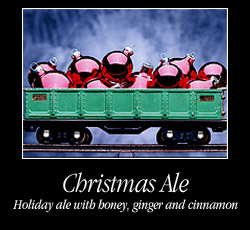 Dear Friends that are turning 30 this year....

The first 30 years of our lives were undeniable amazing.  Our family has an unbreakable bond that is full of incredible memories and lifelong friendships.

So I'm dedicating my first Christmas Ale of the year to you guys.  Our 30's will be our best years yet!

Cheers!  I love you guys. 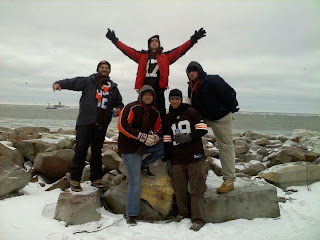 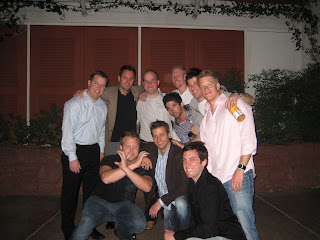 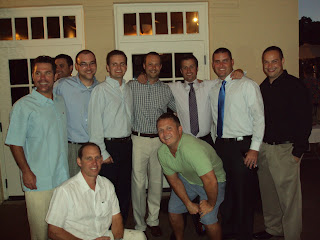 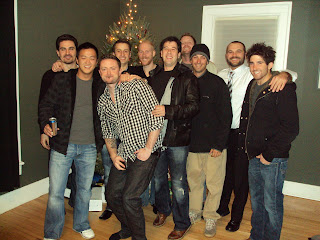 The Moustache Will Return For MOVEMBER 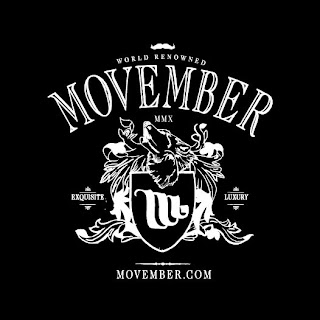 The Moustache.  It has certainly been a hot topic on Mcbone over the past few years.  This blog has immortalized the mustache in many different posts, and even in a specific blog dedicated to mustaches only.  We love them, we're mesmerized by them.  Sometimes jokingly, but most often we are truly in awe of such a spectacular miracle of life.  Some may recall a moustache contest between my brother and I, which is still under heavy investigation by the National Moustache Association, or NMA as we affectionately call it.

But today The Moustache takes on an entirely new meaning.  November is Men's Health Awareness Month.  The Lake Erie Monsters are supporting that cause by backing a campaign called "Movember".  Movember is a global movement that goes on across the entire world during November.  Men all over the globe grow out their moustaches with the purpose of raising awareness for men's health.   More specifically much of the money raised is used for prostate cancer research and other cancers that directly affect men.
It is a tremendous movement that prompts conversation among men and women about topics that often go overlooked.  The "Mo's" are then put on display and used to raise funds that can help fight prostate and other cancers.  So much attention has been given to the women's health movement that unfortunately the men have fallen behind.  We need to change our habits and live healthier lives.

Cleveland's Lake Erie Monsters will be supporting this cause all month by posting our players photos at http://www.lakeeriemonsters.com/ and allowing fans to donate money.  They can simply choose which player they feel has the best moustache and donate funds in their name which will be directly donated to men's health initiatives.  Then, on Friday, November 25th at the Monsters game we will be hosting our "Movember" night and passing out moustaches to the first 5,000 fans.  Again all in an effort to do our part in raising awareness. 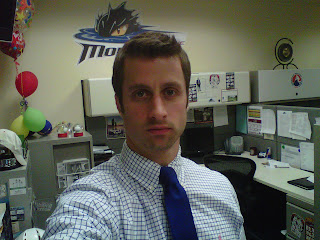 SO.....Yes you guessed it.  My moustache will also be making it's triumphant, or maybe not so triumphant return.  However you want to look at it. I put together an official site where you can read everything you need to know about Movember and track all of my progress. Obviously this is where you would also donate to me and also donate to my team.  Whether you donate or not is up to you, but I highly encourage you to follow along and pass on to the men in your life.  This movement truly is meaningful, and I hope that you will enjoy the journey with me.  I'm dedicating my Movember moustache to all of the family and friends in my life that have been touched by cancer.