All I Want for X-Mas

This baby should be just about ready by the time my midlife crisis hits.

The NRA Strikes Back 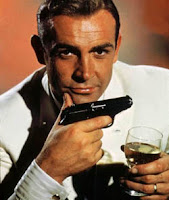 To anyone who ran to their local gun dealer the moment Obama was elected, you can breathe a little easier today.  Our favorite socialist may have last been seen using the constitution to clean up after the dog, but he won't be going door to door to collect your weapons anytime soon.

Handguns.  Without ever having fired one, I understand their appeal.  I do.  There's an undeniable romance in that cold, sexy steel, and I like movies as much as the next guy.  After all, where would James Bond be without his Walther PPK?  Gangsters find really inventive ways of killing each other in film, but without the Tommy guns, what's the point?  And who wants Colt 45s and classic western shootouts substituted with games of paper rock scissors?  Not I!

Movies are great fantasy, but I have to believe the universe of movie violence at least partly fuels our societal craving to arm ourselves unnecessarily.

Yes, I say unnecessarily.  Gun advocates frequently cite "protection" to justify owning a handgun.  I don't have the latest figures, but I'm pretty sure that most of these people have a better chance of getting struck by lightning while being devoured by a shark than ever needing to unload on an intruder.  Honestly, how much crime is being prevented here?  I wonder how often police officers, who actively search for criminals, are required to fire their sidearms.  Not too often, I'm guessing.  I would also guess that little Billy is more likely to blow his sister's head off than Dad is to pick off midnight marauders in a valiant defense of his family.

So, is the second amendment a good by virtue of simply being the second amendment?  The Supreme Court seems to think so.  The law reads, a well regulated Militia, being necessary to the security of a free State, the right of the people to keep and bear Arms, shall not be infringed.  This has been analyzed a billion times, but whenever I think of militia, I envision guys who wear too much camouflage making creepy plans in remote cabins.  I'm not sure how vital modern day militias are to anyone's security; I tend to think most gun owners point to that shall not be infringed bit and more or less rest their case.

The constitution is fine, but I think the real reason people are so passionate about it is that they just love their guns.  I understand that.  Maybe a gun, like a car, is part of what defines American freedom.  Whatever.  Would I rather live in a world without them?  Yes, just like I'd like to live in a world without mayonnaise.  Don't think it's going to happen, though.

nwb
Posted by BillBow Baggins at 12:33 AM 5 comments

Injuries, ineptitude and a seven game losing streak; add it all up and the Indians are looking like just about the worst team in baseball.  A couple of months ago I foresaw a 60 win season.  More and more that prediction appears to be the lunatic optimism of a incurable fan.  In an attempt to ignite a cadaverous offense and draw another couple of fans to the park, phenom catcher/guitar hero Carlos Santana was promoted to the majors.  Though the young Dominican has quickly endeared himself with his preternatural ability make contact with the ball, the losses continue to pile up.

Oh yes, and we still have the most embarrassing mascot in sports.

Fuck it.  It's time for the club to get serious, and I can think of only one thing that will turn this season around.  Salvation can be found wearing short shorts, just down the road in the little village called Sheffield Lake. 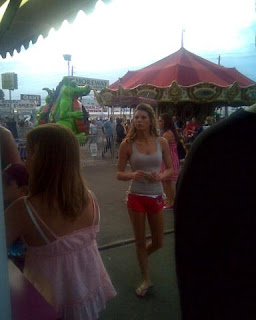 Where have you gone, Sheffield Lake Girl?  A city turns its lonely eyes to you.

My Year of Servitude 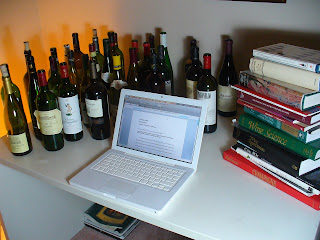 As many of you know, for the past year I have been assisting a Purdue University professor write a textbook to complement his wine appreciation lecture series.  Charged with producing some 250 pages of informative prose, I shuttered myself from the outside world in the name of viticulture, enology and humankind's 8000 year history of vinifying grape juice into wine.

Ostensibly, this must sound like a pretty good deal.  Think again, McBoners.  Most of you are probably unaware that month after month I was subjected to any manner of unfair labor practices, including being locked for hours in the dank and oppressive bowels of Purdue's food science building, where I was, among other unspeakable cruelties, forced to partake in the following spirituous and hard to pronounce beverages:

At last my Bacchanalian nightmare is at an end.  The book, simply entitled Wine Appreciation, is due out this fall.  No, do not pity me, McBoners!  Shed not a tear.  I endured these rare and precious wines from around the world so that you would not have to.

Manute, there was a world of cocaine and hookers awaiting your retirement and the millions you earned in a unique NBA career, but you chose the path of most resistance by trying to stop what is possibly the world's biggest c-fuck of a situation, the war in Darfur in your native Sudan.

At 7'7" you must have been the skinniest 230-pound human to ever walk the planet.  Images of you on the court, blocking shots and occasionally lobbing up an ill-advised three pointer, are indelibly etched in my b-ball watching brain.

Few have thrown themselves into a cause like you did, willing to sacrifice your dignity, 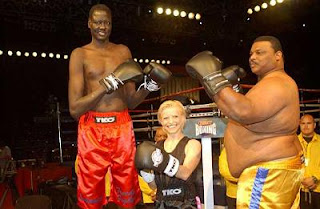 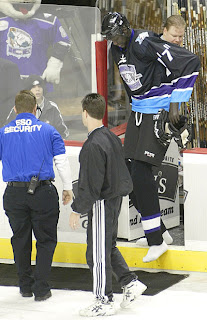 and the respect of the sports watching world, 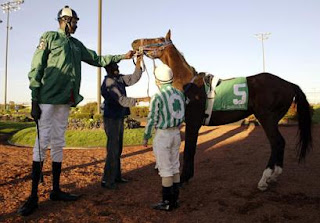 to try and raise a little money in the name of stopping this: 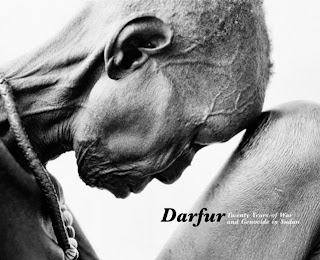 Thanks for making the most of your 91 inches.

Allow Me to Whet Your Palate

My first publication is on the horizon.  At this point, all I can offer you, gentle McBoners, is the smallest of samplings.  Read it, breathe it in.  It's not much, but it will have to tide you over.  Go ahead; take a draught of this prose of honey-gold:

"Some would argue however that phenolic color pigments and their cofactors do contribute to mouthfeel and the overall gustatory experience of drinking red wines."

If that doesn't start your engine, check your pulse, because you definitely might be dead.

nwb
Posted by BillBow Baggins at 12:40 AM 1 comments

Was this guy really our President?

Speaking of Republicans, there is one always worth mentioning when talking about the "right" side of the force.

GWB.  How the hell in the name of McBone did this human manage to be the President of our country for eight long years?  How did it happen?  It defies any and all logic.  I remember vividly the moment he was elected to his second term.  I was sitting on the arm of my mothers flower patterned couch.  Nate was there, frantically pacing around the house, probably sipping a martini.  Every time a state came back having voted in favor of Bush, words that no man or woman should hear would come roaring out of his mouth.  I recall that I was actually quite calm, foolishly having confidence that the American people couldn't possible re-elect a man who had so blatantly fouled up our country the previous four years. Then the states just kept coming in, and coming in, and coming....and then that damn idiot won. I knew immediately that our country was about to be hit by the biggest natural disaster in American history.  Hurricane Bush.  I told people that voted for him, I hope you are comfortable telling your kids someday that you just voted for the future "worst President in United States history", and you did it twice.  Have fun explaining that when they are learning about him in 4th grade history.

Anyway these clips are timeless and will have a permanent presence on McBone.  This guy couldn't make fire with a blow torch, gasoline and a dried up Christmas tree.

but this is probably the greatest campaign video of all time:

I'm pumped.  I hate guns, but I'd go shooting with Dale Peterson any day.  The Michael Bay inspired rapid fire direction of the video has me so fired up, I can't see straight.  Dale Peterson has me longing for the days when I was a republican for a month.

What say, McBoners?  Who wants to go round up some illegals?  If my wife wasn't Venezuelan, I'd toss her ass back to Mexico in no time flat!
Posted by BillBow Baggins at 11:31 PM 3 comments 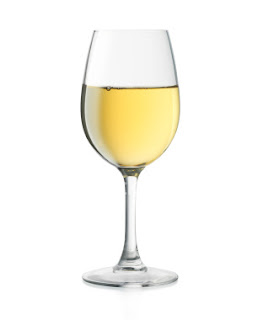 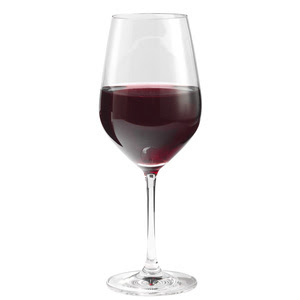 Thanks for the Memories

Late Saturday night, my old moustache dropped by for a visit. 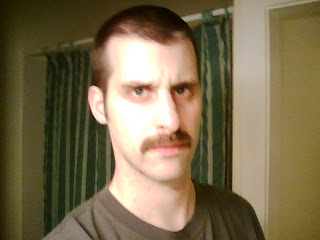 And as quickly as he came, he was gone again.  Sure was nice to see him, if only for coffee and pie.  I should have liked for him to stay the night, but that's my moustache.  You can't lasso the wind, after all.

Should any of you McBoners happen to meet my moustache on the road, tell him I miss him, I love him and he always has a place to stay, right here between my nose and upper lip.

nwb
Posted by BillBow Baggins at 8:51 AM 4 comments

With a deadline looming at the end of the month, my posting is going to be sporadic at best, McBoners, but I did want to take a moment to tell you about a couple of links that are well worth checking out.

My old buddy Darin, whose music blog The Wheel's Still in Spin I introduced you to last year, had been out of commission for a while.  Now he's back and blogging better than ever.  If you're looking for new music and hoping to steer clear of the claptrap, this is your site.  Darin keeps us apprised of all the best new albums coming out, and, as if that weren't enough, he has integrated a weekly movie review into his writings!

Due to his towering sex appeal, Darin managed to score himself an equally industrious girlfriend.  Nancy has rounded up a formidable band of regular contributors and started her own site, This Generation, as a way for the 'Generation X, Y & WTF' to say just what it thinks about...pretty much anything.  I can't really sum it up; the scope is vast and the writing high quality.  Best to let the site speak for itself.  Start here (yes, I'm whoring myself) and then take some time to look around.