I Am the Blob!

As a parent, it's written into my very soul that I must worry about my progeny.  What do I worry about most?  Monsters, of course!  Also the future.  Sometimes the two terrors merge to form that most beastly of specimens...

I owe my every success in life to that greenish-brown blob, including my $5.15 lifetime average hourly salary.  Without him prowling around my Saturday morning cartoons, I simply don't know where I'd be today.


Good thing I married a babe and can breed some of the ugly out of my lineage. 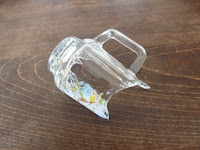 Here lie the jagged remains of my one and only shot glass--the only shot glass I've ever owned.  The shattered vessel depicts the Großglockner, the highest peak of the Austrian alps.  My old friend Susie brought it back to me from a trip to Europe she made in 1996.  From this prized souvenir I sipped whiskey and rum.  Occasionally, I put it to use when enjoying a boilermaker, but no more.  I loved my shot glass.  I loved its shape and heft.  I loved that it had a gold rim and a little handle.  You could say this shot glass inspired me to make my own trip to Austria, where I studied abroad in 1997.  I've spent the past week reflecting on the millions of gallons of booze I've ingested, shot by shot, through the years.  My shot glass was special.  I won't go into the details of how it met its end; for me the pain is too near the surface.  Suffice to say it had an unfortunate encounter with my sometimes-careless wife.

My shot glass would have turned 16 this year.  Now it's gone.  Why do the good have to die so young? 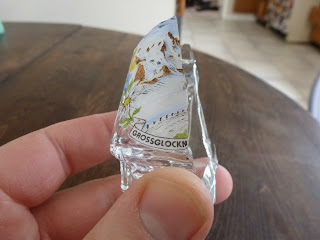 Also, what the hell am I going to do with all this rum? 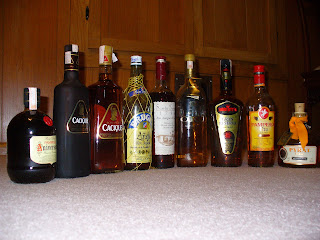 Sue, if you get this message, I'm going to need you to swing by Austria when you get a sec.

Nothing better than sitting back with the kid and enjoying a classic from the steaming bowels of the West Coast comic underground. 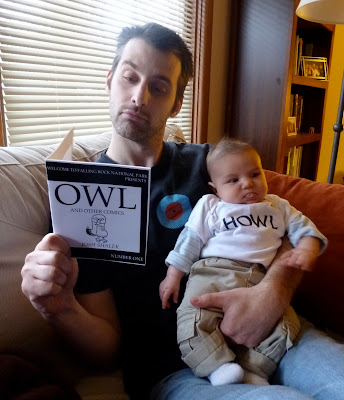 The McBonerito has little use for the mainstream.  If he's not busy gumming the corners of some socialist pamphlet, you can probably find him at a local Occupy movement telling Wall Street where to stick it.

Owl and Other Comics available wherever Falling Rock Comics are sold.

Howl getup compliments of our resident Musicologist and Generationalist.

Naropa tee by Art and Lemons. 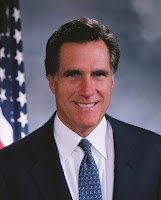 I'm weighing in on this "bitter politics of envy" thing late, but in light of MLK Day, when equality should be foremost on our minds, it seems appropriate to comment on a guy who has more than just about anyone.

Mind I have nothing against being rich.  Nothing.  Might not mind having a load of green myself one day. What I cannot abide, though, is the likes of Mitt Romney, a rich dude who presumes to have what it takes to lead a nation of 300 million, telling me that, because I see a problem when the tiniest fraction of a sliver of a micropercentage of a population controls 25% of a nation's wealth, I'm engaging in the politics of envy.  Asshole!

Trust me, Mitt, I don't envy you.  I don't envy your creepy good looks.  I don't envy your business acumen or your Harvard degree or your triumphs at Bain Capital.  And I'm certainly not jealous of your gobs of cash, or I would never have set my sights on an English degree from Ohio U.  Perhaps I assume too much, but I think it's true that most regular folks don't waste much time on envy.  Instead of entertaining delusions of fabulous wealth (aside from a weekly lotto ticket, perhaps), I think most people are figuring out how to pay the bills from month to month.  That gets harder to do as real wages shrink and people like you get richer.  Can you blame average working Americans for getting a little bent out of shape when they pay, by your own admission, a much higher tax rate than you do?  Doesn't it bother you that, when your money is earning you money, there are plenty of working people have to apply for food stamps?

Equality--I know you don't care.  Just please don't mistake our laments for envy.  Doing so only shows how out of touch you are with basically everyone, and underscores how utterly unqualified you are to be president of this country.

Or to put it less eloquently than Dr. King would: Go fuck yourself.

nwb
Posted by BillBow Baggins at 12:34 AM 3 comments 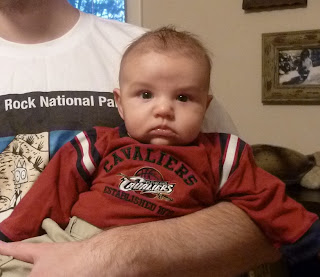 I have no plans to impose my political or religious beliefs on my progeny.  As far as I'm concerned, the kid needs to learn to think for himself.  BUT, by golly, that doesn't mean the McBonerito is going to be brought up without certain values.  By the time he is four years old, I expect my son will to be able to answer me these questions three:

1) What is Rocky Colavito's middle name?

2) What does Bingo! signify in Cleveland lore?

A warning to the lad--a single cheer for any of the following will result in exile:

Remember kid, your name is written into the family bible in pencil. 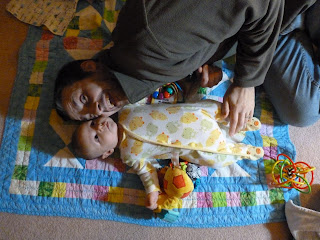 It was a looong work week, McBoners, and a looong work week lay ahead.  In the meantime, I deserve this chilled-out moment.  Sunday's light is waning.  The McBonerito is cheerfully suckling.  I've quaffed a perfect Manhattan on the rocks.  An estouffade de boeuf is cooking slowly in the oven.  Decent bird day too.  Not even a half dozen or so squirrels stalking the feeders can get me down.

Now all we need is the Cavs to beat the Blazers.

The Dem Has the Better Hair 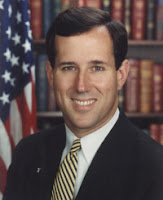 I hate this man.  Yes, hate.  I hate him with a pure, unfiltered, sometimes exhilarating hate.  I hate everything about him, from his phony conservatism to his ad-nauseum professions of faith to his unabashed bigotry to his corn-fed, milk-drinking, ultra-fake nice guy grin.  But what I hate most about this backward thinking corporate shill is his all-too-wholesome fucking haircut, because everything former senator Santorum stands for is encapsulated in that hopelessly white conservative male coiffe.  I can see him reclining comfortably, bashing libs, gays and welfare queens while his nodding barber snips and trims, molding something that on TV will appear so fiercely American, male and straight, straight, straight. 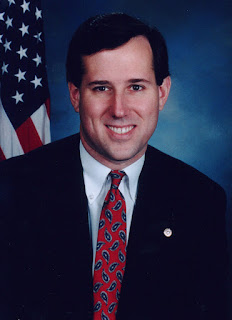 We've seen this phenomenon before in our recent past. 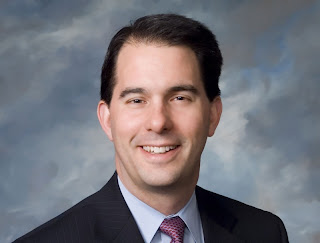 Yes, one is a Pennsylvanian presidential hopeful and the other a governor from Wisconsin, but clearly this is the work of the same foul, two-bit, right wing, bootstrapping, God-fearing barber from deep the heart of Middle America.  No, we are not fooled by alternating side parts.

Gentlemen!  God in his divine mercy will not punish you for sporting a bit of sideburn.