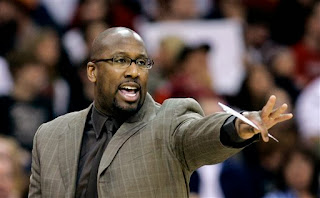 I don't have much time, so this will be brief.  Mike Brown is back as Head Coach, and he's got a lot of young, eager, unaccomplished talent to blend with a dose of some very accomplished talent.  Three years in the cellar were enough.  This basketblogger is ready for a return to the playoffs.  Collectively, the team appears to be in great shape following a rigorous offseason workout regime led by its point guard, the exception being their blob of a #1 draft pick.  How will this group fare?  Glad you asked!

Kyrie Irving - PG: Was an all-star selection last year.  Time for him to play like an all-star this year, by which I mean: guard the ball with purpose and make his teammates better.  We know he can score on anyone.  Can he win 45 games?  Can he win 50?

Dion Waiters - SG: Another canny scorer who needs to defend.  He will, or his minutes will diminish.  Underrated facilitator.  I'd want to see him average 16+ PPG, 4+ assists and get in his opposite number's shirt all game long.

Andrew Bynum - C: Top-shelf talent on both sides of the court.  It now appears he will, indeed, play.  If he stays healthy, we've got ourselves a top 3 center in the league, which alone could be good for a 15-game improvement over last year.  I would not bet my life on him playing 60+ games.

Earl Clark/Alonzo Gee - SF: These are two serviceable forwards who will hearken to Coach Brown's call to defend.  Otherwise, they are keeping the spot warm for whomever replaces them next season's starting three.

Tristan Thompson - PF: Overrated as a defender last year, underrated as a scorer.  Should make the biggest leap of any Cav in his third season.  I've never heard of anyone switching their shooting hand mid-career, but the dude is shooting better from the floor and the stripe.  Weird.

Anderson Varejao - 6th man: If he and Bynum can stay out of the Cleveland Clinic, the league will have a very hard time dealing with our tandem of centers, both of whom have NBA finals experience.  Elite rebounder.  Perfect Mike Brown big.  Needs to play <28 a="" br="" minutes="" night.="">

Jarrett Jack - G: Tremendous pickup.  Efficient guard who will excel on both ends of the floor and in the locker room.  If he's starting for any extended amount of games, however, that spells trouble.

CJ Miles - G/F: Streaky shooter whose defense will improve under Coach Brown.  Strictly a role player whose volume 3s can be an asset or a impediment.

Tyler Zeller - C: Who the hell knows?  Zeller will probably be a proficient backup center, but he was overwhelmed and exhausted last year as a starter.  I'd like to see him playing 16-18 minutes a night.

Anthony Bennett - Rookie PF: A physical freak who will show flashes of the big time scorer/rebounder he will become, as he did in the preseason.  Insanely long arms.  Shoulders a mile wide.  Good instincts, especially on interior passing.  Currently fat.  Will one day justify the #1 pick.

Sergey Karasev - Rookie G: Intriguing mix of athleticism and b-ball acumen.  Not convinced he will ever be much of a defender, but he appears to have a natural shooting stroke to go with good court vision.

Carrick Felix - Rookie G: Played 5 minutes in the preseason, so your guess is as good as mine.  Solid defender, apparently.  Good attitude.

Matthew Dellavadova - Rookie PG: Not sure what this guy brings, aside from feistiness.  I do not want to see him on the floor, unless we are up 20.

Henry Sims - C: Should be able to carve out a career as a journeyman center.  Another dude I don't want to see playing meaningful minutes.

Mike Brown: In his second tour of duty with the Cavs, Mike Brown is charged with turning the worst defensive squad in the league into one of the best.  That will be a gradual process that won't be fully realized until next season.  I really don't give a shit about offense this year, as long at we're not squandering 20 point leads and regularly surrendering 110 points.  I'm glad he's back.  Expect some 84-78 losses, and a lot more wins than last year, which leads me to the...

This team has many key players with histories of getting injured.  The talent is there.  A relatively healthy year could produce 48 wins.  I predict a slow start, at least one catastrophic injury, a 40-42 record, a 7-8 seed for the playoffs and a hell of a series in the first round, past which they will not advance.  This year is all about next year, but it should be a fun year, nonetheless. 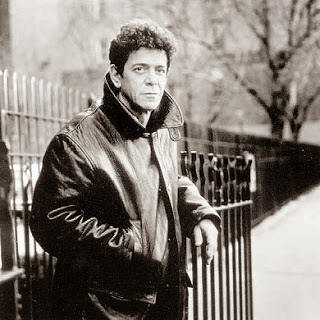 In the winter of 1996, I came back from winter break to find a yellow Post It on my dormitory room door.  The note had been dashed off in the excited hand of my old concert-going comrade, our resident Musicologist.  It read: 'McGraw, do you want to see Lou Reed in concert this Wednesday?'

When you're in college and you have the choice between seeing Lou Reed in concert, which may never happen again, or attending your Survey of Western Civilization class, which will happen four days a week, every week, you very politely give class the middle finger.  On that holy January day, we made the 4.5 hour journey from Athens, OH to Cleveland's Playhouse Square.  Had it been necessary, we would have driven to Mars.

I had no idea what to expect.  Lou was legendarily unpredictable as a performer, but it soon became apparent that he had left his comatose stage days somewhere back in the 1970s.  Lou was loud, his guitar was growling and his band was tight.  He had ditched the clean-cut, short-hair-and-spectacles look of his late '80s New York period for a glorious full-blown mulleted Afro.  He was the only man alive who could have gotten away with this style in 1996.

I don't remember every last detail from the setlist, but he did several numbers from his Set the Twilight Reeling album: Hooky Wooky, New York City Man, Finish Line and the title track.  He tossed in some classics, of course: Dirty Boulevard, Satellite of Love, Sweet Jane.  When at one point he admonished the audience to 'clap in time,' I would have sworn he was glaring right at me.  Notwithstanding my affront to the proceedings, Lou seemed to be having a pretty good time.

And when, in his second encore, the low twang of the most famous bass line in history started, that's when the crowd lost its marbles.  At last the band made its exit.  The curtain fell with the hall echoing 'Louuuuu.'  Had our rating system existed then, the show would have easily garnered 5.0 McBones.

I never did get to see Lou in concert again, one of the many reasons I count that night among the great blessings of my life.  I'll wager our Musicologist agrees.

1) There's more to life than sports.

3) Graduating from college is fun.

5) New York is the greatest city in the world.

So here's my sendoff, Lou.  I'm not sure I have anything too profound to say, so I'll just say this:

Most of all, thanks.  Here's hoping that clipper ship you ordered is waiting.

McBone Hero of the Century

This 16-year-old makes me want to be a better, more tolerant and more passionate person.  I'll teach my children about her one day.  I hope they will look up to her too, and strive toward her example. 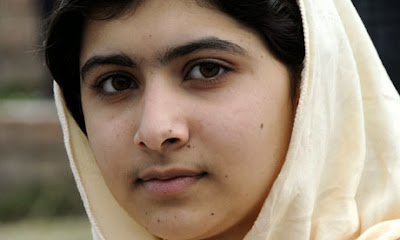 This is not to make Malala a saint.  We don't go for that here at McBone.  What she is is a good and decent young woman, and decency is a heroic trait in these strange days.  Her mission is education, but her wisdom can be spread far and wide.  Right now politicians are fighting over whether our citizens should have access to affordable healthcare.  Our democracy is sputtering.  Demagoguery rules the day.  I wish our leaders could sit down and talk to Malala, hear her story and have it dawn on them just how petty they really are.